NM Come On and Take a Free Ride

Here's my Jersey on the general issue of Public Transportation.

WHAT'S YOUR PROBLEM?
Transportation for the masses has been one of the most pressing problems of any civilization.

YOU WANT THE SOLUTION OR WHAT?
First off, my non-apology to the Edgar Winter Group for the title of this post. Second off, all public transportation should be free. Thank you. Good night.

Seriously, wouldn't people instantly stimulate the economy with all the moving around the city, shopping? With the high price of gasoline (and a viable, free transportation alternative), wouldn't people now have more money to spend at the local businesses? Maybe the Tourism Department should get involved.

Do you think that this idea would help or hurt the working poor? Or how about the person who has lost their driver's license, or has allowed their car insurance to lapse. Wouldn't they now not have an excuse to drive the streets illegally? So wouldn't our car insurance rates (theoretically) go down as a result? You gotta problem with that?

The best part, is that anybody that is too drunk to drive, can now take free public transportation home! Wouldn't that at least begin to solve the DWI problem in NM?

Public transportation should be a clean, easy, and enjoyable alternative mode of transportation for the people of NM. If it isn't, then why should we use it again? There should be many more buses than there are now, all clean, energy efficient, and free!

Now that's how you get people moving in the 21st Century. How 'bout youse guys?

Popular posts from this blog 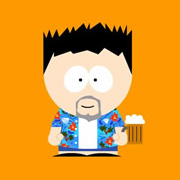